The Veve Medals are tiny versions of the original larger veve charms, much like a small Catholic saints medal. An extremely detailed veve is in raised relief centered within an oval frame and antiqued to bring out the contrast. These medals are cast in solid sterling silver, bronze, or 14k gold, and are thick and durable. The back side shows a star with Black Water Siren printed within. Other veves are available.

Comes with a sturdy jump ring bail to wear on a chain or add to a charm bracelet. This does not include a chain. Please contact me if you would like a chain to go with it for a small charge.

Sterling Silver and Bronze charms are in stock and ready to ship immediately. Please be aware that the Bronze and 14K Gold charms are made to order and will generally take 3 to 5 weeks (usually 3 weeks) production time before shipment. 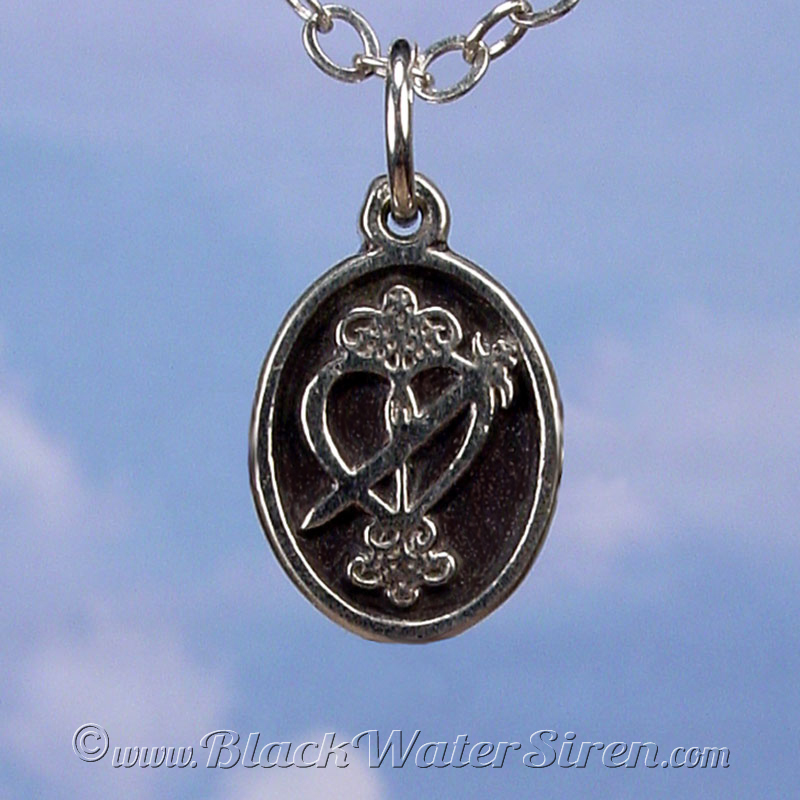