Diplomacy, statesmanship and negotiation, a known diplomat, and also provides the gift of prophecy.
Available in sterling silver and 14K gold

Beautifully and intricately detailed, this Black Water Siren Studio exclusive represents the Baron Samedi vodou veve. The veve is hand carved, then cast in solid sterling silver. A ring band is securely soldered on in your requested size, oxidized to bring out the detail, and polished to a high shine.

Ogoun consists of an array of manifestations; most carry the aspect of iron smithing, fire, and tools. Ogou Feray is a lwa of war, of battle. Ogou Badagri is identified with the power that comes from diplomacy, statesmanship and negotiation, a known diplomat, he rules over diplomacy, and also provides the gift of prophecy. Ogou Balenjo is the captain of the ship of Agoué and patron of travelers, and who nullifies poison. Ogou Batala is associated with the power for independence, cool, level-headed, the strategist.

Ogoun Badagri is the spirit of metal. Originally associated with fire, blacksmithing and metalworking, presiding over iron, hunting, politics and war, he is the patron of smiths. His focus has transformed over the years to include power, warriors, and politics. He particularly likes the machete, which is a common offering in preparation of a possession, and machetes are sometimes featured in his veves.

Ogoun Badagri is the fierce Warrior who defends his people and fights against injustice, he is protective and triumphant. Ogoun has the intelligence and creativity to invent tools, weapons, and technology. He is the father of civilization in many ways, for it is by his strength that the path from heaven to earth was cleared so that humanity could come to earth. It was his tools and labor that cleared away the wilderness to build cities, homes, and roads. He is the cutting edge of the knife; the knife can be used to kill someone, or to save someone in surgery – such is Ogoun’s nature.

His other attributes are war, farming, healing, and civilization in general. Ogoun Badagri is a strong, powerful masculine lwa who believes hard work is the answer to almost any problem. He is a warrior and can be called upon during war-time (whether that be literal or spiritual) to go to battle.

Ogoun is very much a part of agriculture. He owns the plows to till the soil and the implements of the harvest. Ogoun is practical and forthright, he does not do what he does for glory or fame. He likes to work with his hands. As a blacksmith or welder, he is able to use fire and metal to create the necessary and the beautiful.

While he is known as a warrior, he is also a healer. Ogoun is a mechanic and can help with car trouble. He likes to hunt and fish and loves the forest. Family is important to Ogoun. He loves his children and will fiercely protect them but he expects a lot from them. He hates laziness in all forms. He can have a terrible temper and can be a mean drunk.

Be the first to review “Ogoun Badagri Ring” Cancel reply 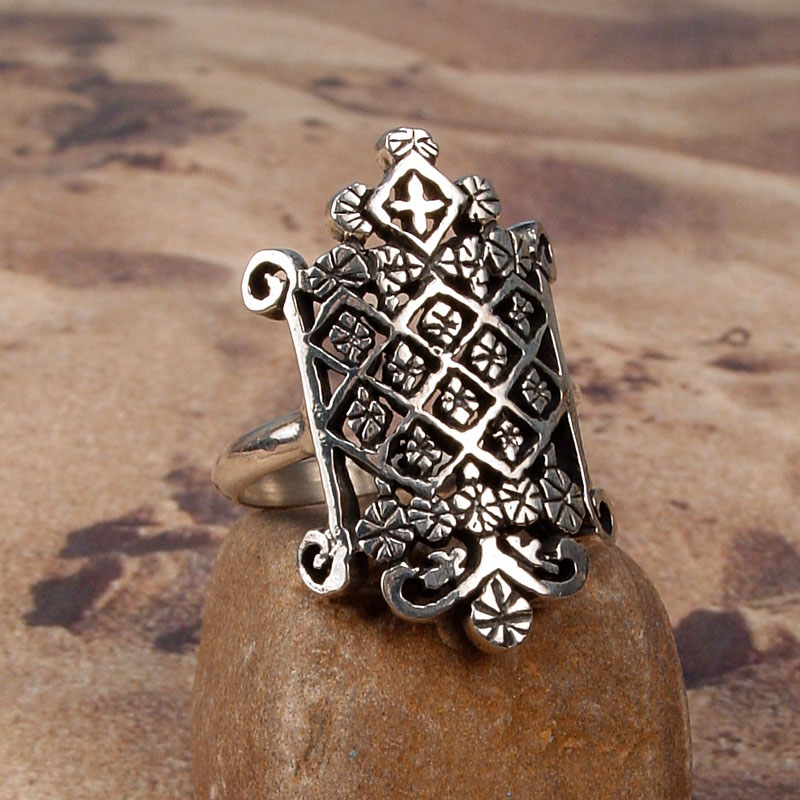