Beautifully and intricately detailed, this Black Water Siren Studio exclusive represents the Marie Laveau vodou veve, completely hand carved then cast in a solid metal of your choice, oxidized to bring out the detail, and polished to a high shine. It is detailed on both sides, and will look great no matter which way it is worn. Durable and hefty, a little over 1/16″ or 2mm thick, this is an enduring piece of art that will stand the test of time and become a family heirloom for generations. 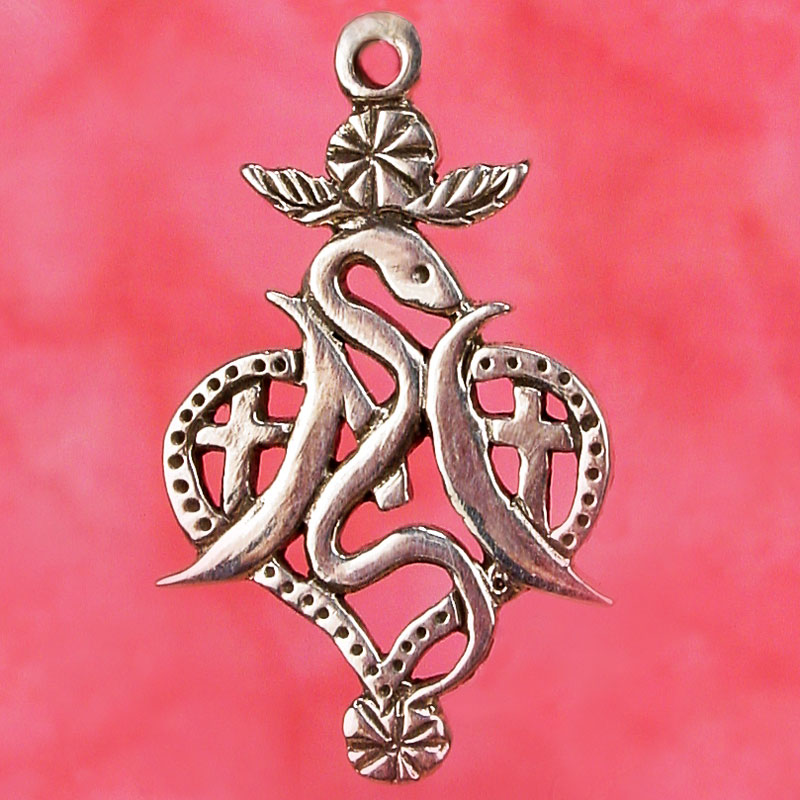