Beautifully and intricately detailed, this Black Water Siren Studio exclusive represents the Baron Samedi vodou veve. The veve is hand carved, then cast in solid sterling silver. A ring band is securely soldered on in your requested size, oxidized to bring out the detail, and polished to a high shine.

Baron Samedi spends most of his time in the invisible realm of voodoo spirits. He is notorious for his outrageous behavior, swearing continuously and making filthy jokes to the other spirits. He is married to another powerful spirit known as Maman Brigitte, but often chases after mortal women. He loves smoking and drinking and is rarely seen without a cigar in his mouth or a glass of rum in his bony fingers.

Baron Samedi can usually be found at the crossroad between the worlds of the living and the dead. When someone dies, he digs their grave and greets their soul after they have been buried, leading them to the underworld.

As well as being master of the dead, Baron Samedi is also a giver of life. He can cure any mortal of any disease or wound, if he thinks it is worthwhile. His powers are especially great when it comes to voodoo curses and black magic. Even if somebody has been afflicted by a hex which brings them to the verge of death, they will not die if the Baron refuses to dig their grave. So long as this mighty spirit keeps them out of the ground, they are safe.

Be the first to review “Baron Samedi Ring” Cancel reply 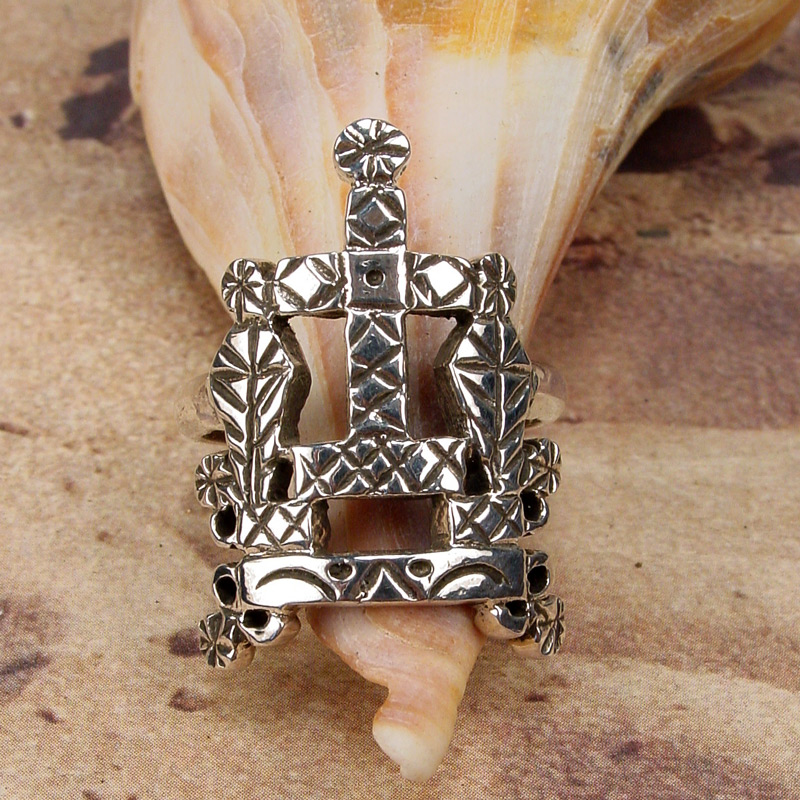